Electricians are earning up to £3000 per Week!

Electricians are earning £156,000 a year amid a shortage of skilled workers and a rise in demand for new homes

By HUGO DUNCAN DEPUTY FINANCE EDITOR FOR THE DAILY MAIL

Electricians are earning as much as £3,000 a week as they cash in on a chronic shortage of skilled workers across the country.

The pay bonanza, revealed by recruitment firm Manpower, comes amid increasing demand for new homes across the country at a time when skilled workers are in short supply. 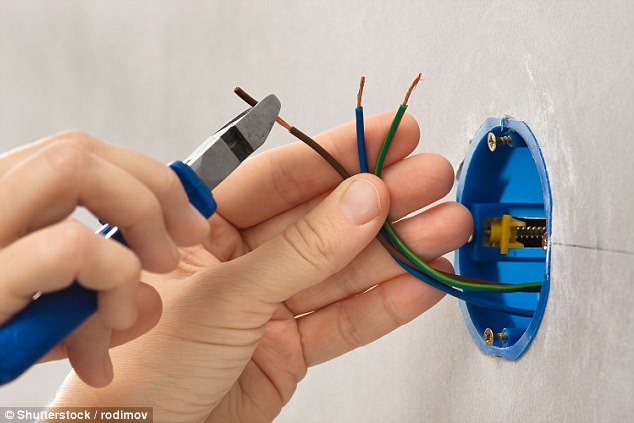 Electricians are earning as much as £3,000 a week as they cash in on a chronic shortage of skilled workers across the country

‘London and the South East still command the highest rates,’ he said. ‘But it is not just London – it’s all over the country.’

Manpower also revealed that fire safety officers can earn up to £1,600 a week as councils and landlords carry out crucial repairs in the wake of the Grenfell Tower inferno.

‘Urgent testing and repair is being carried out up and down the country on much of Britain’s public housing stock,’ said Mr Hick.

‘The state of housing in the country is under the microscope like never before and the need for both building and remedial work have caused demand in the construction industry to shoot up.’

A separate report by the Federation of Master Builders (FMB) today shows how bricklayers are cashing in as their pay soars.

More than half of small and medium-sized building firms say the wages they pay brickies rose by at least 5 per cent in the past year. 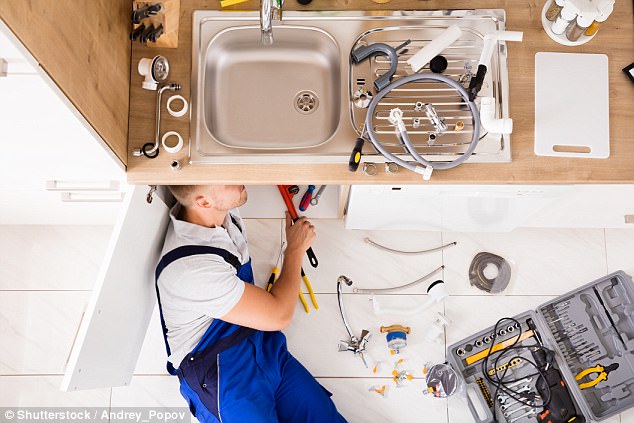 Plumbers and bricklayers are also benefiting, with wages rising by as much as 10 per cent in the past 12 months

Nearly a third – some 31 per cent – have seen bricklayers’ wages rise by more than 10 per cent.

Brian Berry, chief executive of the FMB, said the industry had been left short of staff since the financial crisis, when large numbers were laid off, recruitment and training ground to halt and older workers retired.

‘The industry lost three generations of talent during the long economic downturn,’ he said.

‘Ever since the market picked up again in 2013 to 2014, we’ve seen the impact of this, as our members have reported increasing difficulties in recruiting key trades.

‘This is driving very significant wage increases in some areas, with anecdotal evidence suggesting that bricklayers in London can be earning as much as £1,000 per week.’

He added that it was boom time for Britain’s builders. ‘Construction hiring often slows in the winter months, but the UK is set to buck the trend this year,’ he said.

‘Our data suggests this could be the strongest fourth quarter for hiring since 2005.’

This website uses cookies to improve your experience. We'll assume you're ok with this, but you can opt-out if you wish.Accept Read More

Any cookies that may not be particularly necessary for the website to function and is used specifically to collect user personal data via analytics, ads, other embedded contents are termed as non-necessary cookies. It is mandatory to procure user consent prior to running these cookies on your website.